Prime Aircraft is staffed with full-time sales professionals and is headquartered near the Addison Airport, in Addison/Dallas, Texas, one of the busiest general aviation airports in the country.  We have experience with the entire range of corporate jets and turboprops, with special expertise in Challengers, Falcons, Globals, Gulfstreams, Citations, and the entire line of Beech aircraft, including Hawkers and King Airs.

What We Offer to Every Client:

When a multi-million dollar investment is at stake, there is no substitute for our professional representation.  Whether you are acquiring, selling, trading or just considering the market, we understand each client and offer exceptional personal service to achieve your goals.  We listen, communicate and deliver 24/7.

We believe transparency is critical to every transaction.  There are no hidden fees or motives and no conflicts of interest.  We sell and buy aircraft for discerning clients...we don't manage, maintain, or charter aircraft.  Integrity is the foundation of our business.

Prime Aircraft achieves consistent success through market research, persistence, experience and ingenuity.  We have a proprietary process that has been tried and tested.  There are no shortcuts to success in our business.

Our experience is wide and varied, with hundreds of transactions involving King Airs, Citations, Challengers, Learjets, Falcons, Hawkers, Gulfstreams and most other manufacturers.  Prime Aircraft's clients get the benefit of our expertise and vast network of industry experts including maintenance shops, refurbishment shops, management companies, pilots, insurance professionals, CPA's, attorneys, and much more.

There is no other experience like owning your own personal time machine.

Let Prime Aircraft show you how easy it is. 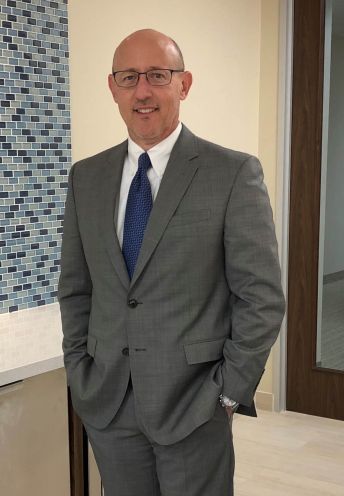 Gary Goltz, the founder of Prime Aircraft, LLC, became involved in corporate aviation in 1996 when he acquired a Hawker jet for a Dallas-based financial holding company and venture capital group where he served as Executive Vice President and General Counsel.  While with the venture capital group, Gary helped found Heliflite, the first helicopter fractional ownership company in the world.  He also managed the company's flight department, gaining first-hand knowledge of the true cost/benefit of business aircraft and the intricacies of the acquisition and sales processes, including the purchase and sale of two more jet aircraft. He retired from the practice of law and began his career as an aircraft broker in 2006 and co-found C&J Aviation Partners, LLC in 2007.  C&J grew quickly to be one of the premier King Air and jet aircraft brokers in the world.  In 2013, Gary decided to form Prime Aircraft to further his philosophy of uncompromising personal service and thorough approach to provide each client the expertise and skill for a successful transaction.

Gary brings his skill in negotiating complex mergers and acquisitions to the aircraft sales and acquisition process.  He has been intimately involved in over 350 aircraft transactions and is also a licensed insurance broker, advising clients on the nuances of aviation insurance.  Gary is a pilot with multi-engine and instrument ratings with over 1200 hours of flight time, including 160 hours in King Air B200's.  He has owned a Mooney, four different model Barons (C55, D55, B55 and B58) and a North American T-28C Trojan. 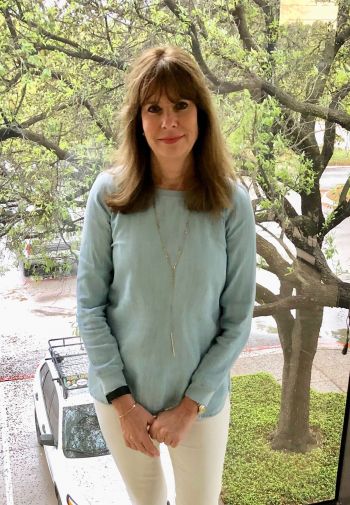 Wendy Burr Gaule​, Sales Associate and Market Analyst, joined Prime Aircraft in 2017. Wendy excels at maintaining Prime's extensive market database. Prior to joining Prime Aircraft, Wendy worked extensively in the real estate industry in leasing, sales and management, all locally in Dallas, Texas. She obtained her early training as a a Commercial Lending Paralegal for several large downtown law firms. Wendy then co-owned a legal placement company assisting attorneys and paralegals with permanent and temporary placement opportunities. She worked as a residential realtor before returning to commercial real estate as a Leasing Associate, and most recently as a Property Manager managing a portfolio of retail shopping centers and restaurants.

Wendy grew up in Dallas, obtaining a Bachelor of Arts, and a Bachelor of Fine Arts from Southern Methodist University. She received her paralegal certification from SMU, as well. Wendy lives in Dallas, and enjoys spending time with family, as well as various hobbies and supporting local sports teams.

After finishing his tour of duty as an F-18 mechanic in the USMC, Mike received his Airframe and Powerplant Certification and began a career in corporate aviation working as a service technician. Leaving the East Coast and returning to his home state of Arkansas, he worked at both Hawker Beechcraft and Dassault Falcon for several years at their facilities in Little Rock. Mike's continuous desire to improve led him back to the Southeast Coast to pursue a career at Gulfstream’s Service Center in Savannah, Georgia. In less than a decade, Mike had been promoted to Service Team Manager and had the privilege of working at Gulfstream’s Service Hub; repairing and servicing dozens of aircraft per year and meeting and working with many of aviation’s finest along the way.

Mike is ready to assist you with any of your acquisition or maintenance oversight needs. He is particularly valuable in quickly assessing the quality of maintenance received by any corporate jet and managing pre-purchase inspections, from both the seller’s and purchaser’s perspective. 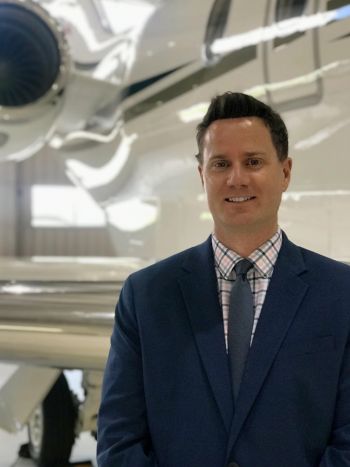 With over 20 years in the aviation industry as both a pilot and aircraft broker, Daniel brings deep technical knowledge, experience and comprehensive understanding of aircraft sales and acquisitions ranging from jets to turboprops.  Daniel possesses a natural ability to cultivate and grow relationships, and as a result, has an extensive North American network of clients, pilots, aircraft management companies, brokers and dealers, with particularly broad contacts in Canada. He brings a keen focus to identifying and understanding customer requirements to deliver results, efficiently, timely and on target.

A native Nova Scotian, Daniel began his career in 1999 as a Ticket Agent working for various airlines including American Eagle, Delta Airlines and the former Continental Airlines.  Daniel later became the National Sales Manager at American Airlines focusing on the development of Eastern Canadian markets.  In 2002, Daniel acquired his pilot's license through Moncton Flight College and began his career as a commercial aviator flying skydivers in Atlantic Canada.  With experience in both commercial and corporate aviation sectors, Daniel has accumulated 3800 hours, to date, flying the Saab 340, Citation Ultra and Falcon 900B/EX, respectively.

Beautiful, U.S. registered 900DX with fresh Standard Aero/Skyservice Pre-Purchase Inspection located at Dallas Love Field (KDAL). Has all the EASy II upgrades (including FANS 1/A+, CPDLC and ADS-B), GoGo Biz, 2015 paint & interior that look new, and excellent pedigree (UK and Canada). Nicest 900DX in the world!!! 2C and gear overhauled September 2018 by Dassault. If you come and view this aircraft you will buy it!!!!

Very nice, Toronto based Citation VII with excellent maintenance and 2014 Duncan paint with rare externally serviceable lavatory. Engines on MSP Gold. Easy to import to US

Super nice and clean Hawker 800A with GoGo Biz (ATG-5000) based in DFW area. Engines on MSP Gold. Motivated seller!